Batbot Xtreme is the ultimate toy created for Batman fans. It has multiple projectile launchers, extendable wings, a voice changer, a hidden Batcycle and real punching fists. Children will have a blast with this Super Hero as they work with him to defend Gotham City from all types of evil Super-Villain Attacks.

Batot Xtreme stands a little over two-feet tall and due to this, he towers over the bad guys of Gotham City. Simply by turning the Power Pad, children can send this robot into an epic battle, and extend his wings and arms, preparing him for action. When they squeeze the trigger that is on the back of the Batbot, they will experience his super-charged punch.

On the robot’s left shoulder, there’s a Power Pad. Turn that and his chest will open up, revealing a hidden elevator. The elevator can carry Batman to the cockpit, where he will then launch a counter-attack.  On the robot’s shoulders, there’s launch buttons – when pressing those buttons, projectiles will launch.

Children seem to get a kick out of being able to change their voice and we don’t blame them, it’s really cool hearing your voice transform into something else. Batbot Xtreme offers a unique voice changer built into it. With this cool voice changer, they can take on those mean Super-Villains once and for all.

With this toy, children’s imaginations will soar like never before. Along with imagination, cognitive comes into play. You see, storytelling and imaginative play helps children develop language skills – it can also help them gain a love of reading at an early age.

Looking at the features, it makes us want to play with the toy and we’re adults! If you’re a fan of Batman, you’re probably going to have a hard time not taking this from your kid and playing with it yourself. Regardless, this toy is well worth the purchase and we would recommend this to every Batman fan out there.

Click here for more information on the Batbox Xtreme here. 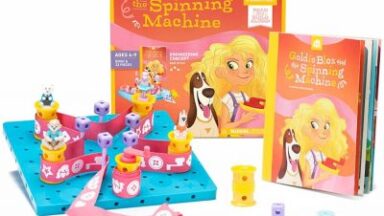 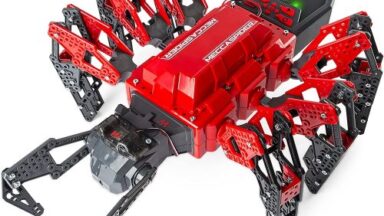